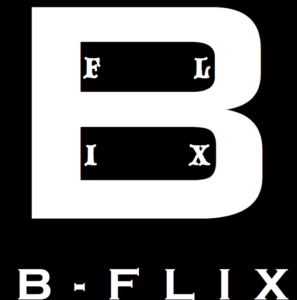 On August 17, 1993, in the midst of an excruciating heat wave, a hardworking married couple welcomed their second of two sons into the world.  This baby, yet seemingly identical to those being born across the globe, was placed on this planet to travel on a unique journey, and to fulfill a distinct purpose.

They say that the path less traveled, is that of a lonely one. Although this path has too been that of extreme loneliness, it has also been one of unbridled support.  Limitless backing that would eventually steer a confused young man onto the right course. This road is that of a rough one, and it wouldn’t take long to reveal its bumps.

At about the age of six months, parents, Jay and Barb, started to notice differences in the everyday actions of their newest son.  They observed that he was now unable to sit up by himself, or hold his own bottle to eat.  These frightening changes were worrisome to the couple, as it would be to any, so they took their son to the doctor for a check up.  After numerous tests, including a muscle biopsy, it was determined that their son had Spinal Muscular Atrophy (S.M.A.), an uncommon neuromuscular disease.  S.M.A. subjects its victims to uncountable symptoms, and everyday annoyances.

Some of these include, progressive muscular weakness and wasting away, weak cough, difficulty swallowing, lower-than-normal-weight, limited motor skills, clenched sweaty hands, and in most cases, supervision and assistance from some sort of third party.  Although patients with S.M.A. have minimal movement, they still have sensation in all extremities.  This was not the only hindrance to influence this young boy’s life.  At the age of three, he received his first taste of independence, a power wheelchair.  This allowed him to travel around without being pushed in a stroller.  At age four, doctors came to the conclusion that he had now developed scoliosis of the spine, meaning that his spine was beginning to curve, forcing him to be confined into a body brace.

The new addition of this back supportive wear was not the only obstacle surpassed in year four.  A crippling case of pneumonia forced him into McMaster Children’s Hospital, and resulted in him starting to wear a Bi-Pap machine while sleeping at night.  This machine assists in breathing, allowing an individual’s body to rest more, and work less, while in the sleeping state.

In the early years of this boy’s life, his passion and dream was obvious.  He loved sports, especially hockey, and before he realized it wasn’t realistic, he even wanted to be a hockey player in the National Hockey League, but what Canadian kid doesn’t dream of that, right?  Once becoming aware that dream would never pan out, for obvious reasons, he acquired the idea of becoming the General Manager for the Toronto Maple Leafs, a dream that he would hang onto for several years.  Changing the world, and its perspective of those with “handicaps”, was always the main, and most crucial goal of his, no matter how he achieved it.  Reaching this goal through his dream always seemed like an amazing and perfect route to take.

He also always loved music, and during the 1990s Rap/ Hip-Hop music was on the upswing.  At age eleven, on a summer day, he decided to try his hand at lyric writing.  After a few hours of concentrated writing, a two minute long rap song came into fruition.  He was extremely proud of his creation, and it was greatly received by his parents, and other close friends of the family.  Although he did not know it, this short comical track was the first of many to come.

Life continued, and he went on hoping to pursue a career in the sports industry.  This all changed by meeting one person, and receiving one opportunity.  In April of 2009, while chatting with his good friend Lucas Lubin, he mentioned that he felt like writing a song.  Lubin shared the information that his band was performing in a concert at Simcoe Composite School the following month, and he would write music to the lyrics, and perform it at the concert.  This was a huge, and spirit lifting opportunity for this young man.  It was a chance to show the county what he was worth.

The lyrics were written in a few days, and sent to Lucas and his band so they could be put to music.  A lot of work went into the making of this track, but at the last minute a member of the band backed out, and the song was unable to be performed with only two members.  In hindsight, this was probably the best thing that could have happened.  Over the spring of 2009, this creative teenager started writing poetry, and ended up creating a thirty page anthology which he gave out to friends and family.  In the fall of 2009, after his sixteenth birthday, he experimented with different styles of music, and stumbled back to his roots, rap.

He released a couple of tracks on YouTube, and started gaining notice from schoolmates and other members of the community, including adults.  In April of 2010, he released a “mixtape” entitled, Boston Boy, which was recorded mostly in his bedroom, and was sold to friends and family for five dollars.  Thirty-eight copies were sold, boosting his confidence and mindset.  Over the summer he worked steadily on putting together an eight-track EP called, Love Me Now, ‘Cause You’ll Hate Me Later, it was released in September of 2010.  Although sales did not go as well for the second CD, those that heard it realized it was much improved from the first.

In the fall of 2011 he released a four-track demo CD which was recorded at the D.C. Music Studio in Etobicoke, Toronto, Ontario.  Also, he started recording at several studios including the top ranked Jukasa Studios in Oshweken, Ontario.

On his 19th birthday B-FLIX released the single  “Pray For A Better Day”, a song he co-wrote with friend Rob Lamothe. This song was very important because of the message it delivers.  It asks society to reevaluate itself, and be more accepting to those who are considered to be “different”.

A few months after releasing the single Flix was hospitalized with severe pneumonia. After a long hospital stay and an even more life changing diagnoses, Flix went home to fully recover. He was determined to get back to music and continue on with what he started.

B-FLIX is determined to show people that absolutely ANYTHING is possible; he’s out to change the world. The summer of 2014 marked the release of Flix’s debut full length album called Everything Changed, this project was created while recovering from his lengthy hospital stay. The album was nominated for a 2015 Hamilton Music Award, and featured the song “Pray For A Better Day” which was nominated for an American Songwriting Award.

When creating music Flix tries to dig deep into his soul, and bring out his deepest of emotions, that’s why he chose to name his sophomore full length album Genuine, which was released October 25th, 2015. It features his biggest song to date called “Gotta Be Me” which includes a guest verse from Madchild of the legendary Hip-Hop group Swollen Members, and won an Akademia Music Award, as well as an American Songwriting Award.

There are also guest verses from The Emsee, D.O., DGT, and iLLvibe. While readying this album for release, Flix faced more health issues, forcing him to stop wearing the body brace, and switch from the power wheelchair to a manual one.

On June 9th, 2017, Flix and the rest of the Norfolk County Accessibility Advisory Committee were part of a ribbon cutting ceremony at the Port Dover Beach where accessible mats were installed, allowing for individuals with impaired mobility to reach the sand. The AAC was a major part of achieving this monumental feat.

Flix is currently performing at clubs, as well as speaking in schools and other institutions and businesses. More info can be found at www.bflix.ca or www.facebook.com/bflixmusic or www.twitter.com/B_flicky